It’s a hopeful time for the Peace Corps community, as Volunteers return to service overseas — and we’re close to passing the most sweeping Peace Corps legislation in a generation. But as we show in a series of stories from and about Ukraine, it’s a time when the very existence of that nation is being threatened.

Here’s Where Peace Corps Volunteers Have Returned to Service

The Campaign to Pass the Peace Corps Reauthorization Act

Following on big news from the Senate, let’s ensure that Congress passes the most sweeping Peace Corps legislation in a generation.

At last, some good news for the Peace Corps community on Public Service Loan Forgiveness.

Start with the big historic moment, there on the left: August 1961, the first group of Peace Corps Volunteers in Ghana — the first country to welcome Volunteers on the ground. On the right, mark the historic return: July 2022, the first group of Volunteers to return to service in Ghana touch down in Accra. It had been more than two years since all Volunteers were brought home because of COVID-19. The 13 Volunteers arriving here will work alongside partners in junior high schools and schools for the deaf, health centers, and farming communities — also partnering with efforts to provide COVID-19 education and access to vaccinations.

Everything Will Be Ukraine

Unfinished Business | From the Editor

A place where I lived and taught — with colleagues and students and a family, people who cared about me and I about them. Then the war came.

Everything Will Be Ukraine!

More than 3,400 Peace Corps Volunteers have served in Ukraine. Here are a few ways they have sought to help the communities they served as Russian rockets fly and bombs fall across the country.

By Raisa Alstodt and Natalia Joseph

What We Mean by Friendship

With the full-scale Russian invasion of Ukraine, the Friends of Moldova has stepped in to provide crucial support to thousands of refugees.

A platform for citizen journalists, volunteers, and those working to deepen understanding of the war and efforts to help refugees. 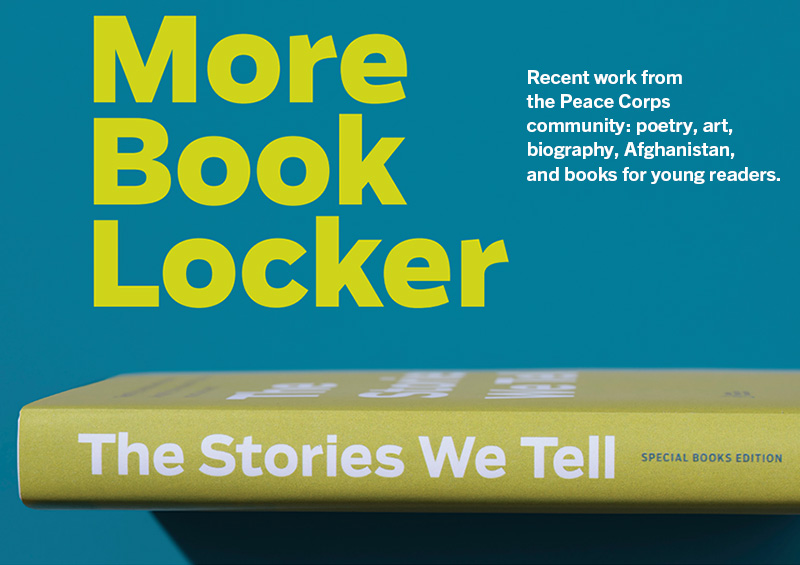 Intimate and Lyrical Poetry by Ukrainian Poet Natalka Bilotserkivets. Her Work Has a New Resonance and Urgency.

Eccentric Days of Hope and Sorrow | By Natalka Bilotserkivets. Translated from the Ukrainian by Ali Kinsella and Dzvinia Orlowsky

Lines of Joy and Memory, Death and Rebirth

“The Peace Corps is one of the most impactful volunteer humanitarian forces in the world, transforming lives and forging international understanding. Its Volunteers represent the best qualities of American society and reflect the diversity of the American people.”

on June 23, upon introduction of the Peace Corps Reauthorization Act of 2022
in the Senate — legislation which he co-sponsored.

Afghanistan: For an Educator, a Journey Back to a Time of Peace

Afghanistan at a Time of Peace | By Robin Varnum

A Study of Land, the State, and War in Afghanistan Raises Some Big Questions. For Starters, Could It All Have Gone Differently?

Land, The State, and War: Property Institutions and Political Order in Afghanistan | By Jennifer Brick Murtazashvili and Ilia Murtazashvili

The Swan Song that Truman Capote Did Not Intend to Write

Capote’s Women: A True Story of Love, Betrayal, and a Swan Song for an Era | By Laurence Leamer

His Family Fled the Nazis. In Ecuador, He Grows up Changing Names and Identities to Navigate an Uncertain Fate.

The Boy with Four Names | By Doris Rubenstein

Giving Voice to Refugees: Firsthand Accounts from Children and Teenagers — Some Many Years Later

Art Hiding in New York: An Illustrated Guide to the City’s Secret Masterpieces | By Lori Zimmer. Illustrated by Maria Krasinski

‘A Virtual Explosion of Colors, Textures, and Life’

Coral Reef Curiosities: Intrigue, Deception and Wonder on the Reef and Beyond | By Chuck Weikert

Less than a month after its introduction, members of the Senate Foreign Relations Committee advance major legislation — with broad, bipartisan support — to further reform and improve the Peace Corps.

Carol Spahn Has Been Nominated to Serve as Peace Corps Director. Read Our Letter of Support — and Take Action.

In June, National Peace Corps Association sent a letter to the Senate Foreign Relations Committee supporting Carol Spahn’s nomination to serve as the 21st Director of the Peace Corps. Here’s what we said.

Instability, unrest, and armed conflict led the agency to make the announcement in April.

This year National Peace Corps Association is not hosting a Peace Corps Connect conference. But here’s where you can connect virtually with members of the Peace Corps community: the NPCA Annual General Membership Meeting on September 24, beginning at 2 p.m. Eastern. Hear a report on key achievements and initiatives and more. More info and register here.

Every five years, Peace Corps presents the John F. Kennedy Service Awards to honor members of the Peace Corps network whose contributions go above and beyond. Here are the 2022 awardees.

Mapmaking with fabrics and dances and sloths

Objects and Stories: Museum of the Peace Corps Experience

With a growing collection of first-hand narratives, the museum connects people, places, and objects. Those all connect us — across nations and generations.

“My Tuareg silverwork reminds me of the hidden beauty amid the vast arid scrubland of the Nigerien Sahel,” writes author Cathy Sunshine.

Interior Design Colony: A Small Group of Volunteers will Finish the House of Urnebes in Serbia

An RPCV with a commitment to cross-cultural collaboration secures volunteers to help renovate and design House of Urnebes in Serbia. It’s meant to be a permanent gathering space where artists can meet in an atmosphere of creative free expression.

Bipartisanship is “a state of being,” said Johnny Isakson

In her childhood, her family fled tyranny — twice. She went on to become the first woman to serve as secretary of state of the United States.

He founded Partners in Health and dedicated decades to focus on healing the poorest and the sickest in a dozen countries.

He was the first Black American to serve as an aide to a Virginia governor. He went on to serve five U.S. presidents and lead Peace Corps posts as country director.

Jan Knippers Black (1940–2021) wrote the definitive book on U.S. interference in post-colonial Brazil. And she was invited to play piano with Elvis Presley’s Band.

He Helped Inspire the Peace Corps, Then Became a Volunteer: Douglas Kelley

He was committed to international cooperation and civil rights.

Juliane Heyman Escaped the Holocaust and Became the First Woman to Serve as a Peace Corps Training Officer.

She was always ready to face any challenge and saw her experiences as testaments to learning how to understand different people and perspectives.

Reader Comments: Why we read cover to cover — and the role of WorldView in connecting the Peace Corps community. The Book Locker and the Third Goal. Partnering with Rotary International.

Meet the team behind the digital and print versions of WorldView.

Get the print edition of WorldView 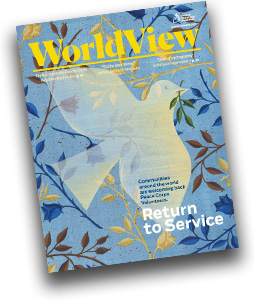 WorldView magazine brings you stories from and about the greater Peace Corps community, with connections to the wider world. We feature news, profiles, commentary and analysis, politics, arts, and ideas with a global perspective. We publish quarterly in print, with digital features throughout the year.

Receive the print edition by joining National Peace Corps Association at any level, including with a free membership. SIGN UP.

You can also make a gift to ensure we can send the print edition of the magazine to everyone who wants to receive it.

More previous editions are available on the WorldView app. Print copies may be available as well upon request. Write us and ask.

We welcome pitches and, on rare occasions, completed pieces. What are we looking for? Stories that speak to the Peace Corps community. That might be focused on work connected to Peace Corps, returned Volunteers, communities and countries where Volunteers have served, connections to experiences and work in the U.S. and globally. We’re interested in ideas and impact and stories that connect with readers on a human level.

Steven Boyd Saum is editor of WorldView. For more than two decades he has edited award-winning magazines in the San Francisco Bay Area. His journalism, essays, and fiction have appeared in Orion, The Believer, Creative Nonfiction, The Kenyon Review, Christian Science Monitor, on KQED FM, and in other magazines and newspapers in the U.S. and internationally. He served as a Peace Corps Volunteer in Ukraine, where he also directed the Fulbright program and hosted a radio show. Send a letter to the editor: worldview@peacecorpsconnect.org.

Sign up to receive WorldView digital with our app, including searchable archives and digital exclusives.

2. Then download the app from the iOS store, Google Play, or read the mag on Flickread on your computer here.

Advertisers: Reach the Peace Corps community throughout the United States — and around the world. Find out more about how to advertise with us:

What Our Readers Are Saying

“I would like to thank you for all of the amazing work you put into WorldView magazine. Reading it gives me a great feeling of solidarity with other Volunteers and RPCVs around the world and always serves to remind me that I’m part of something very special, and something that is much bigger than I am.”

“I have read WorldView for years now and it was FABULOUS to get at post. It’s important to know someone, somewhere out there is doing what you are doing, with a twist, and that’s what keeps Volunteers serving and communities asking for more … this publication really does make a difference.” 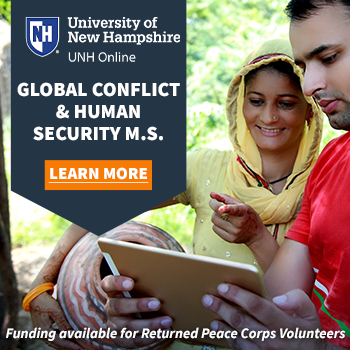 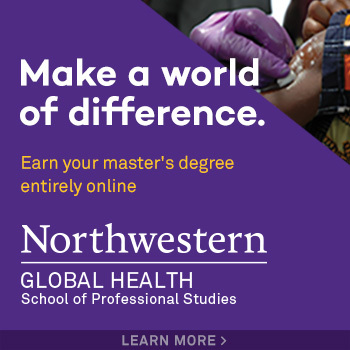 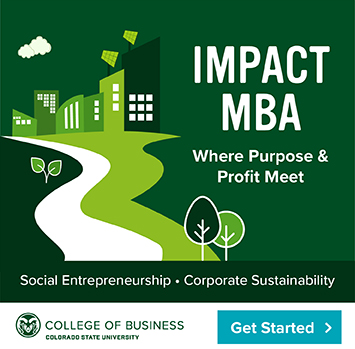